The young talent sponsored by MAK Wheels Jacopo Guidetti of JAS Motorsport conquers a splendid success in race 2 with Leonardo Moncini and takes the lead in the overall classification of the Italian GT Sprint Championship.

Eye, determination and intuition. The masterpiece of Jacopo Guidetti was staged in the closing stages of race 2, when thanks to a double masterful overtaking the 19 year old driver from Brescia managed to take the lead in the race, crossing the finish line first at Misano Adriatico. In the second round of the Italian Gran Turismo Sprint Championship, the young JAS Motorsport driver showed all his talent, giving the Nova Race team a great satisfaction at the end of a weekend lived as protagonists.

In tandem with Leonardo Moncini, Guidetti managed to put a fierce field of rivals behind him in the second race held on the Romagna circuit, scoring a peremptory victory that propels the Lombardy team duo to the top of the provisional standings with 47 points, shared with the duo formed by ex-Formula 1 driver Timo Glock and Klingmann. A triumph that was not the result of chance, but of great teamwork that found in Guidetti the perfect finisher in the decisive stages of the race held on Sunday 5 June.

For Jacopo, at the second success in his career in the Italian GT after the one taken last year at Imola, this is a new “pearl” in a start of season to be framed. Strong of an excellent feeling with his new partner Leonardo Moncini, as well as a well-established understanding with the Nova Race team staff, the driver from Lombardy is expressing himself with an enviable consistency of results, which denote great maturity in addition to the already proven speed on the track.

After starting from the third row of the grid in race one, the Honda NSX GT3 Evo duo put in a solid and faultless performance, with Guidetti keeping close to the leaders in the early stages of the race before handing over to Moncini. Moncini then came within a step of the third step of the podium, but still managed to collect an excellent fourth place that brought a lot of precious points for the championship.

In Sunday’s race, which also took place in particularly high temperatures, Guidetti was simply perfect in his stint, inheriting the car from his partner Moncini in third position. After quickly closing the gap that separated him from the leading duo (formed by the Ferrari 488s of Panciatici and Vebster), the driver from Brescia launched the decisive attack 6′ from the end, when, taking advantage of a convulsive phase of lapping, he masterfully slipped past both rivals to take the lead in the race. In vain was an attempt to retaliate by Panciatici in the final, with Guidetti who wisely managed the situation until the chequered flag, making the Nova Race box explode with joy.

Jacopo Guidetti: “We are really very happy with the outcome of this weekend! We knew we had great potential, thanks to the fantastic work carried out by the whole team, and once in the race my team-mate and I managed to realise it in the best possible way. We got off to a strong start with an excellent placing in qualifying and a first race in which we came within a whisker of the podium, thanks to a very balanced set-up that allowed us to make the most of the car’s qualities. In the second race, Leonardo did a great job and after the pit-stop I set off in pursuit of the leading duo, succeeding in a beautiful overtaking manoeuvre and then holding the lead until the chequered flag. It’s a great feeling to be able to give this joy to all the mechanics, engineers and those who worked so hard this weekend. Now we look ahead with a lot of confidence, knowing that we are competitive but at the same time aware that it will be a tough battle for the championship. My thanks go to Jas Motorsport and my sponsor MAK Wheels: I am really happy to be able to give them, as well as my family, this great satisfaction!”. 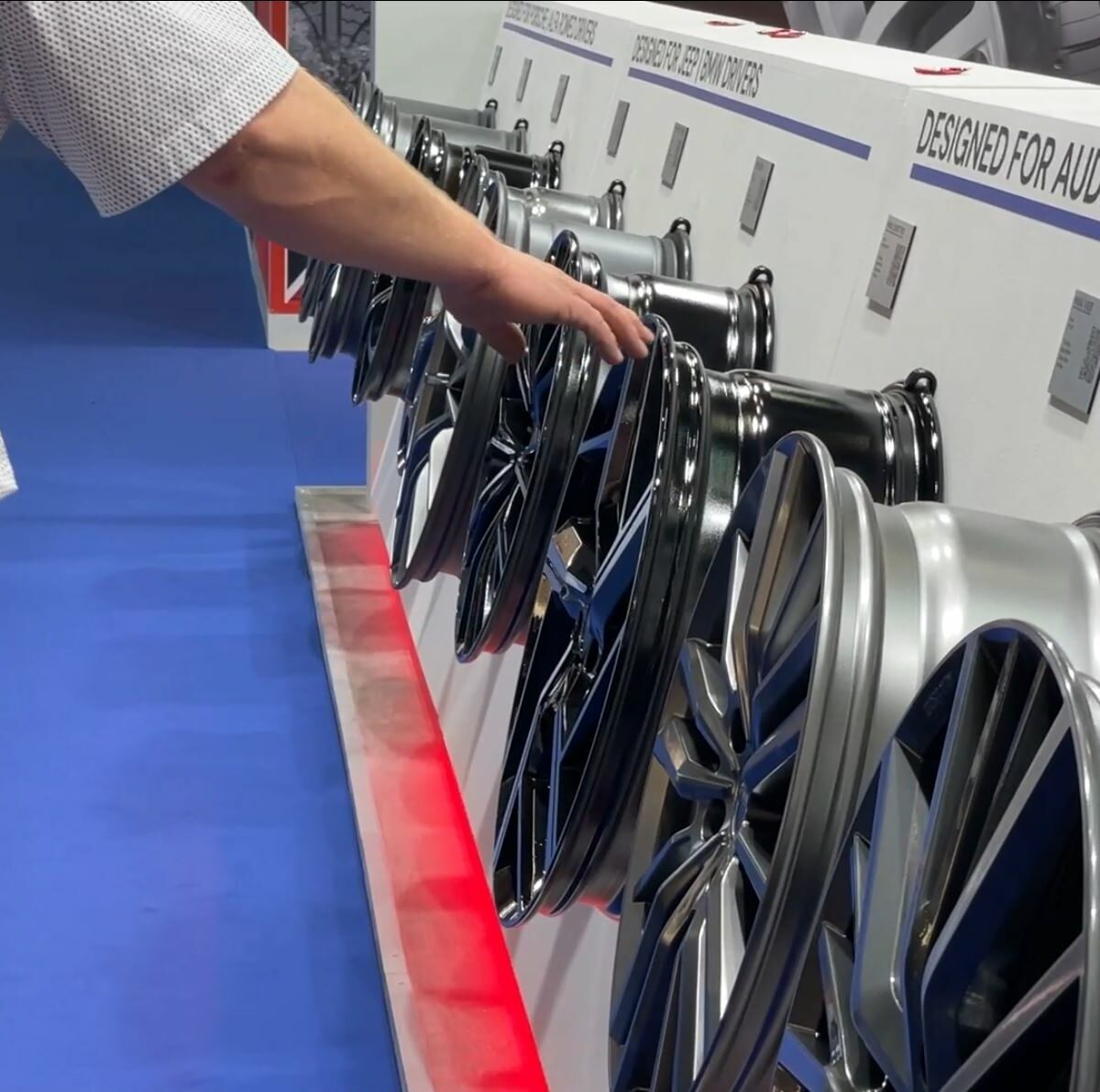 Once again this year MAK took great pride and involvement in its sector trade fairs: Autopromotec in...
Discover 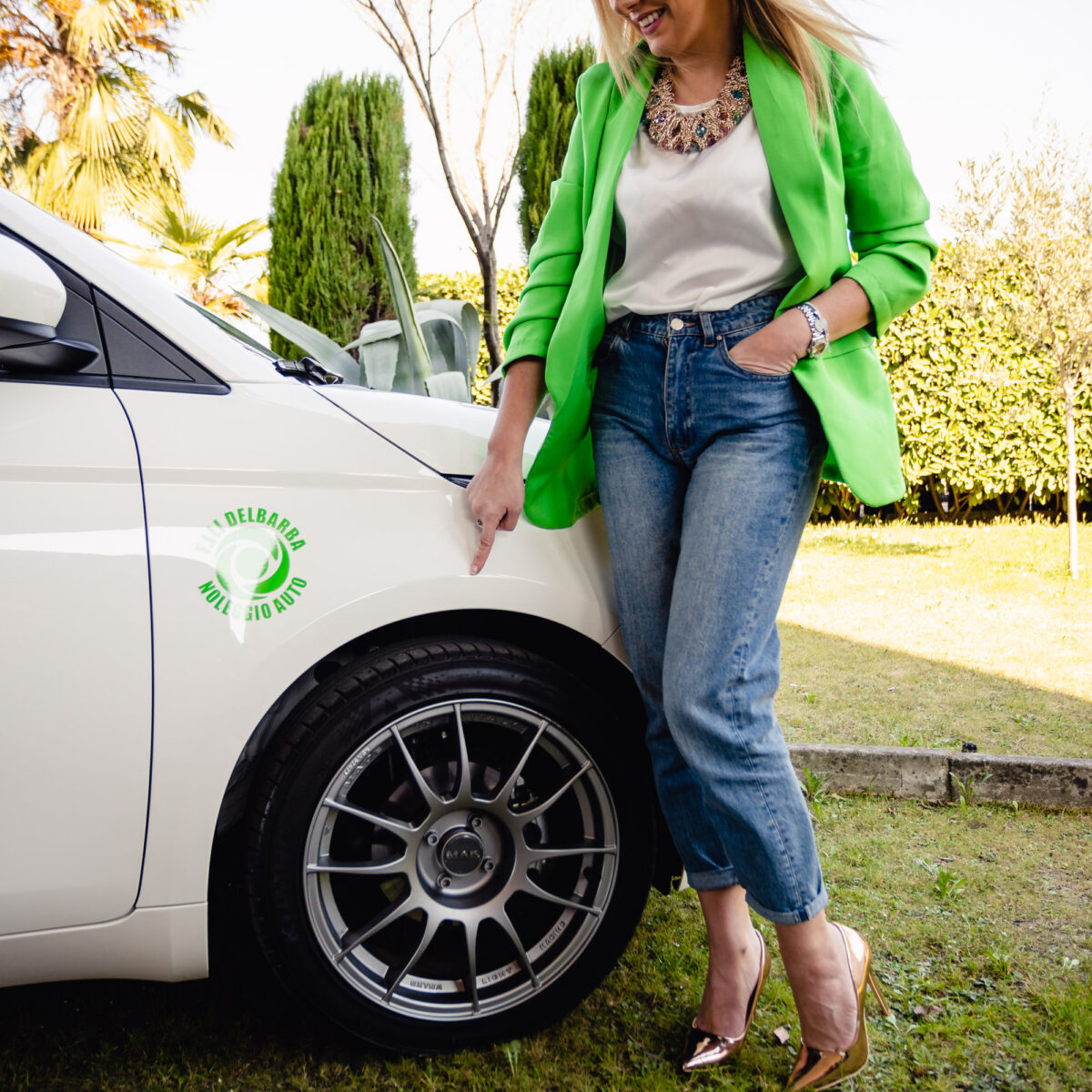 Our Elena Giaveri, Italy’s first car influencer, posed in these elegant shots for the beautifu...
Discover